This is a more unusual black to start with. Peach black is a carbon pigment made by charring peach pits. Peach black is opaque and creates a very dark, neutral masstone and produces silvery grey washes. Whilst peach black has been used since the middle ages, the cost of collecting the processing peach pits has meant the pigment is harder to find. Only a few manufacturers produce peach black, including Holbein, ShinHan and Schmincke Liquid Charcoal.

Lamp black is made from the residual soot from burning oil, and it’s name echos where the soot was originally found. This is an ancient pigment; in fact, we know the pigment was used to decorate Egyptian tombs and murals. In watercolours, lamp black is an intense black and is semi-opaque / opaque, lightfast and has a decent tinting strength. It has a neutral to blueish tint and makes cooler smokey washes.

Vine Black is a carbon black that was traditionally made by charring desiccated grapevines. Vine black is another cool carbon black, and it is semi-staining, semi-transparent and lightly textured. In my experience, this colour lifts easily and doesn’t layer well. Vine black is slightly more textured than other carbon blacks, which makes it a great candidate for creating stormy skies.

Currently, the only mainstream paint manufacturer of traditional vine black is Old Holland and there is only one registered manufacturer in the world that creates vine black (using carbonised willow stems), based in the UK. Having said this, there are a few independent paint-makers who have been reviving this pigment in hand-made paints.

Traditionally, carbon black was made from carbonised plant matter, such as charcoal. The modern pigment is actually made using a similar process to lamp black, as both are made from amorphous carbon created as a byproduct of burning coal or natural gas. In fact, some modern lamp black paints (PBk6) are formulated using carbon black pigments (PBk7). Unsurprisingly, both pigments have a very similar opacity, tinting strength and temperature. Carbon black pigment particles are tiny and densely packed, resulting in a dark full value.

Ivory and Bone blacks are semi-transparent, lightfast, and is less tinting than other carbon blacks. Unlike Vine and Lamp blacks, Ivory black has a warmer brownish undertone. Historically, ivory black was made from carbonised ivory. While endangered animals are no longer used to create this colour, you should be aware that the modern pigment is made by charring animal bones. If you’re looking to avoid animal products, this is a pigment to skip.

If you’re a fellow paint-maker, please be aware that there is some evidence that carbon black pigments can be carcinogenic if inhaled. Always take appropriate safety measures when handling loose pigments.

Mars and lunar blacks are made from synthetic iron oxide, which produces a wide range of colours in the Mars family that include red, violet, yellow and brown. These pigments are named after the Roman god of war, whose metal is iron. In watercolours, Mars Black is opaque, lightfast, strongly tinting and very granulating. It’s a very dark valued pigment with neutral-to-warm undertones. The mid-tones are a soft charcoal grey.

Daniel Smith’s Lunar Black is also made using the same pigment (PBk11). This paint is beautifully granulating thanks to the magnetised iron particles which creates a strongly textured effect. The unique patterning can help add texture to paintings to tree trunks, old buildings or mountains. The more water you add, the more reticulated the patterns will be. In contrast, Winsor and Newton’s Mars Black is smoother than some other brands, and produces a darker black comparatively. Schmincke’s Mars Black masstone is much less dark and creates more of a soft grey colour. Rembrandt also makes a paint using PBk11, called Oxide Black.

Having said that, due to how dark PBk11 can be, I use it very sparingly in mixes as it can be overpowering. I prefer to mix Mars black with brighter transparent colours, such as Quinacridone Gold, Pthalo Blue or Viridian.

Another Iron Oxide is Hematite, a silvery-black mineral that was known to the Greek as Bloodstone. Ancient warriors believed covering your body with hematite pigment before a battle would protect you from receiving deathly wounds. When they died, the myth was that their bodies would be turned back into hematite.

Chromium Black (PBr28). Chromium black is an opaque black with warmer undertones. Among the big brands, chromium black watercolour was made by Winsor and Newton as part of their 2016 limited edition collection.

Currently, among the mainstream paint-makers, black tourmaline is unique to Daniel Smith and is part of their Primatek colours.

Neutral Tint is a soft grey-black colour. Usually it is opaque and staining.

Traditionally, Payne’s Grey was made by mixing ultramarine with black, or ultramarine and burnt sienna.

How to Mix your Own Blacks

Want to learn how to mix your own luminous blacks? Check out my article on how to mix beautiful black mixes. 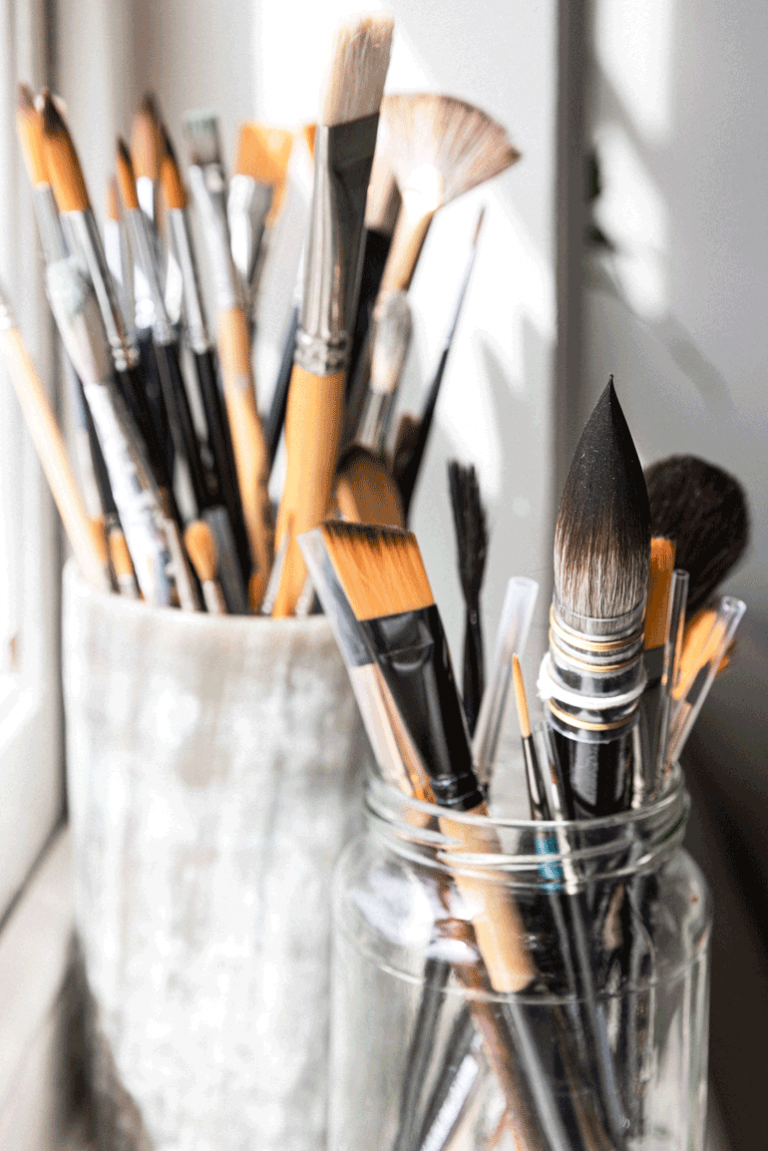