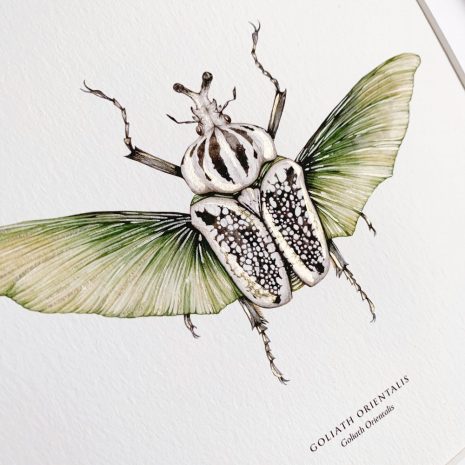 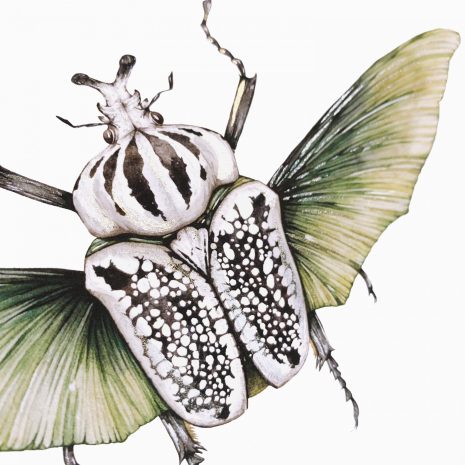 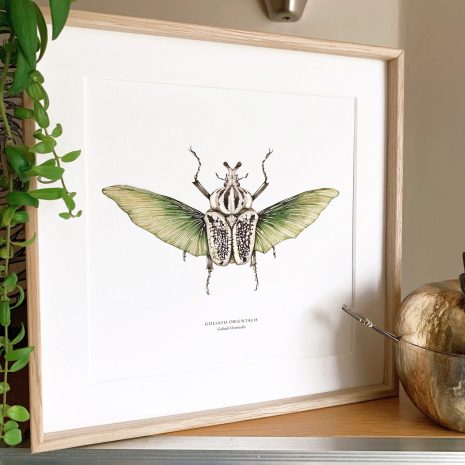 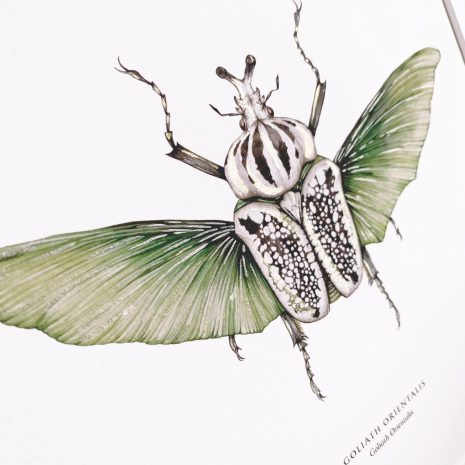 Hand-gilded giclée print, painted with liquid metal accents.
Signed by the artist. Each print comes with a certificate of authenticity.

This edition limited to 15 pieces, is sized at 23 x 23cm,
and is printed on archival Hahnemühle German Etching paper.

The Goliath beetle is one of the largest beetles in the animal kingdom and can grow to be the size of a human hand. Given their super-size, the Goliath beetle takes its name from the biblical giant who was defeated by a young boy with a slingshot. The Goliath beetles are part of the Scarabaeidae (scarab beetle) family. Originally dubbed Goliathus giganteus orientalis by Moser in 1909, the sub-species Goliathus meleagris was named by Sjostedt in 1927.

If you are lucky enough to find one, they can usually be identified by their white bodies – a unique feature among all the Goliath beetles. Males are easily identified by their large Y-shaped black horns – the Dutch call this species ‘flying deer’ thanks to this mini-antler!

The original Goliath Beetle artwork was painted in watercolour in 2020, and is the same size as the limited edition midi print.