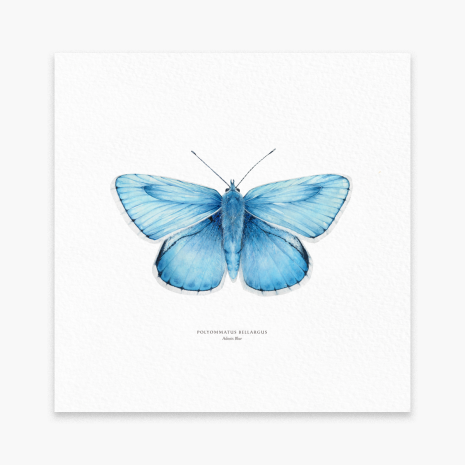 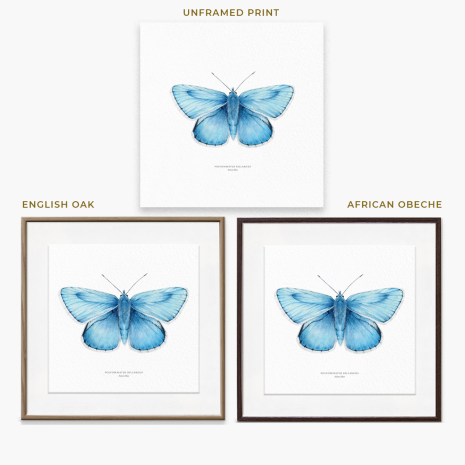 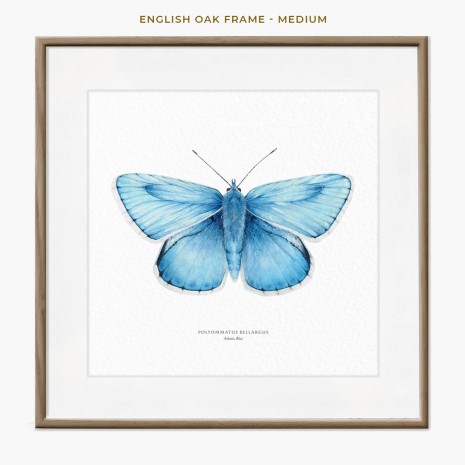 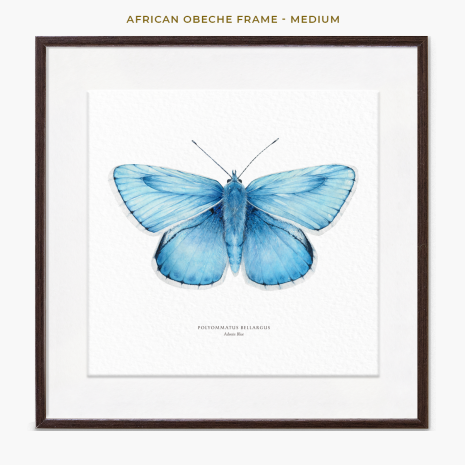 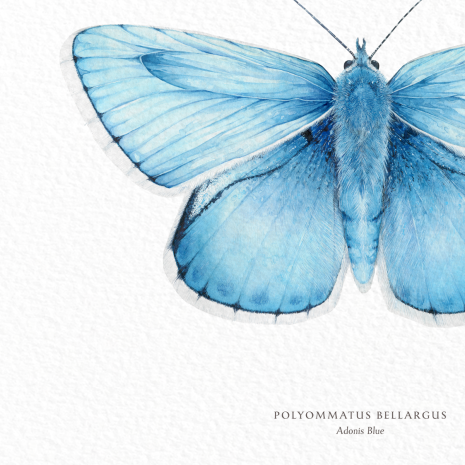 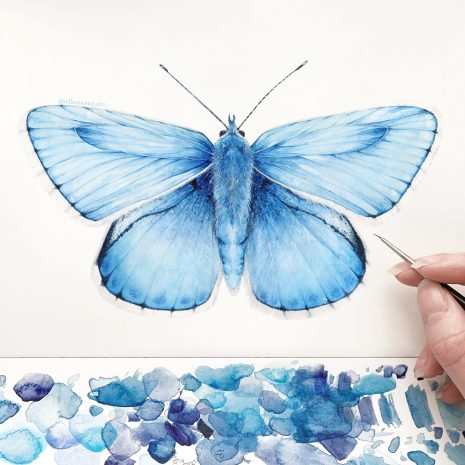 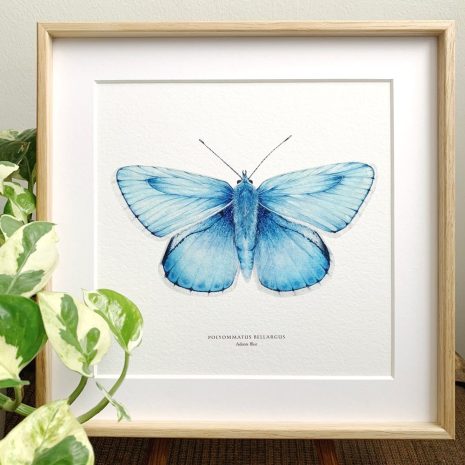 The Adonis Blue is a stunning butterfly that looks like the European cousin to the striking blue morpho. First identified in 1775, this species was given its name by von Rottemburg in his opus, Der Naturforscher. While the butterfly is relatively common worldwide, it is sadly declining in the UK thanks to loss of habitat. Since 1950 there has been a decline of over 90% across the whole of Britain, and the species has been lost entirely from Cambridgeshire, Essex, Suffolk and the Chilterns. Today, it’s most commonly found in Dorset, Wiltshire, Sussex and the Isle of Wight.

Males have vibrantly blue wings that a rimmed by a fine black and white edging, while females are a rich chocolate brown colour. The Adonis Blue is usually found in warm sheltered areas, living near young, unshaded Horseshoe Vetch on south facing slopes. The adult butterflies are most easily found in June and September, flying low over countryside vegetation in search of mates. Newborn Adonis Blue overwinters as a caterpillar, and it won’t be reborn as a vibrant butterfly until July-August. The butterfly chrysalis is actually buried by ants in earth chambers connected to the ant nest and, once born, these ants will serve as attendants and protectors for the newly fledged butterfly for the next three weeks.

The original Adonis Blue Butterfly artwork was painted in watercolour in 2020, and is the same size as the limited edition midi print.