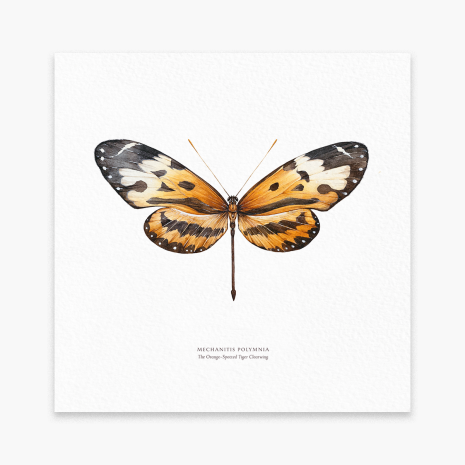 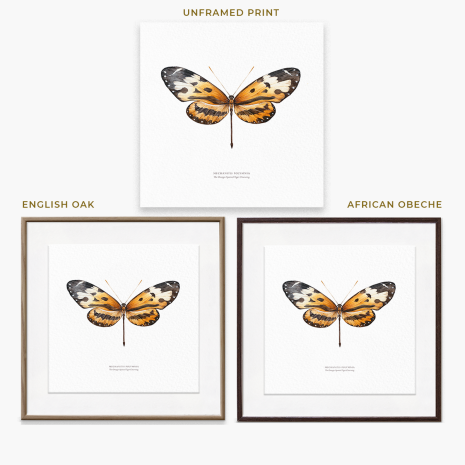 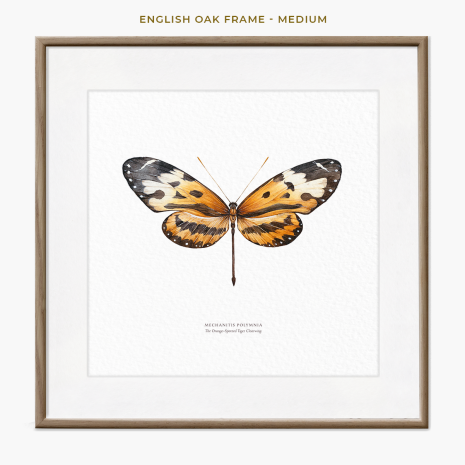 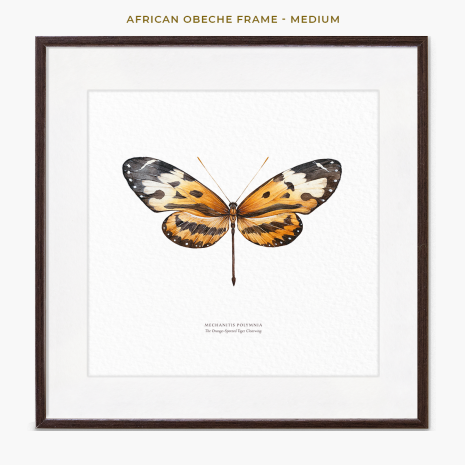 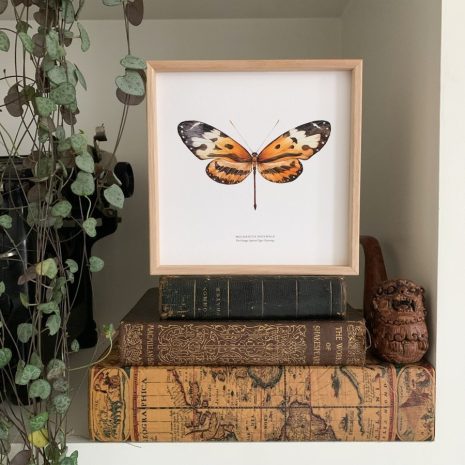 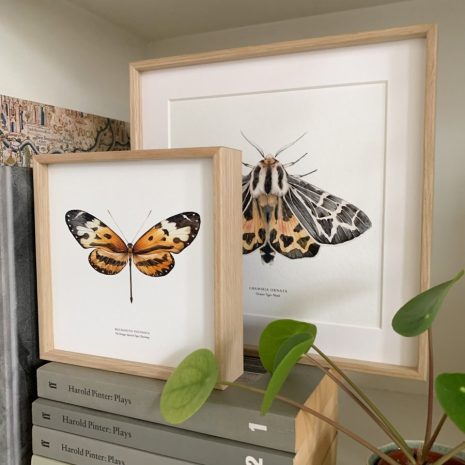 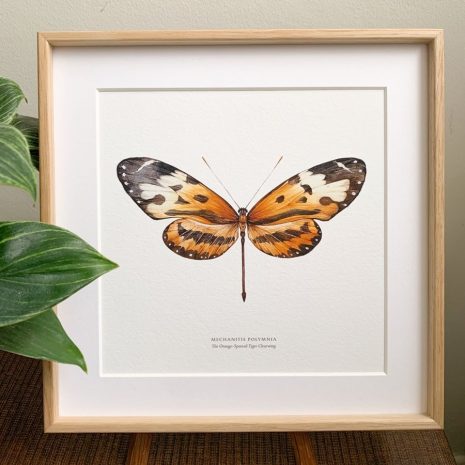 The Orange-Spotted Tiger Clearwing, also known as the Disturbed Tigerwing

Latin Name: Mechanitis polymnia⁠
Distribution: Found in the jungles of Central and South America, from Mexico through to the Amazon Rainforest
Size: 65 – 75 millimeters

The Orange-Spotted Tiger Clearwing is relatively petite for a butterfly, with a wingspan of 65 – 75mm (2.6 – 3 inches). This Clearing’s claim to fame is its extraordinary cocoon, which looks like it’s been made from chrome or dropped in liquid gold. This statement cocoon actually seems to confuse predators and protect the butterfly-in-waiting. The mirrored effect bounces light and seems to confuse the Tigerwing’s natural predators, and has led some experts to believe that it might have evolved to mimic bright water drops that drip from leaves. Others have suggested that predators catch a glimpse of their own reflection in the cocoon casing and are spooked.

The Orange-Spotted Tiger Clearwing cocoons are made from chitin, which is the same substance that gives insects like the jewel beetles their iridescent shiny shells. They’re so brightly mirrored that there’s a myth that they were once used as currency. Sadly, this seems unlikely as the cocoons are fragile and can’t withhold much handling. Their metallic chrome effect also dulls before the Tigerwing has even emerged.

This species was named by Carl Linnaeus in his 10th edition of Systema Naturae, published in 1758.

The original Orange-Spotted Tiger Clearwing artwork was painted in watercolour in 2020, and is the same size as the limited edition medium print.