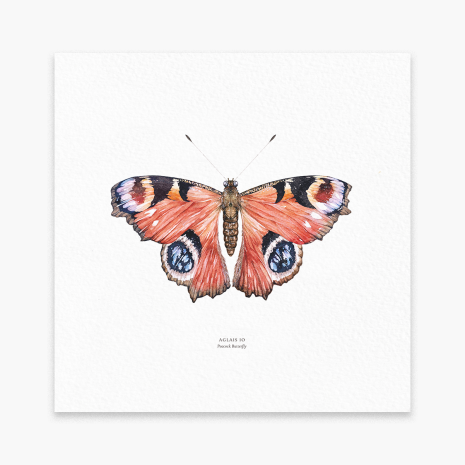 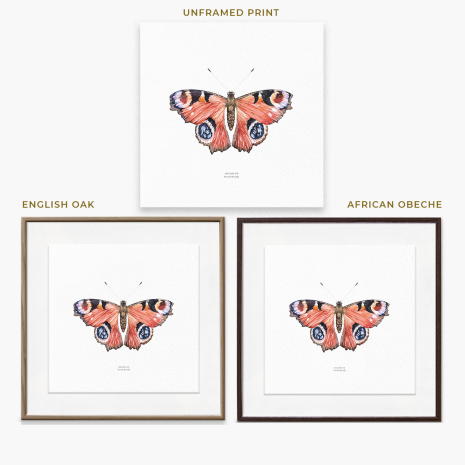 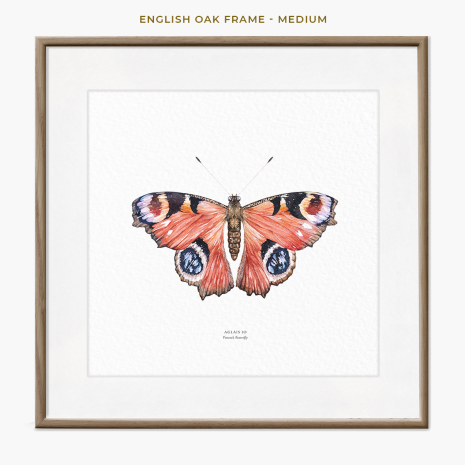 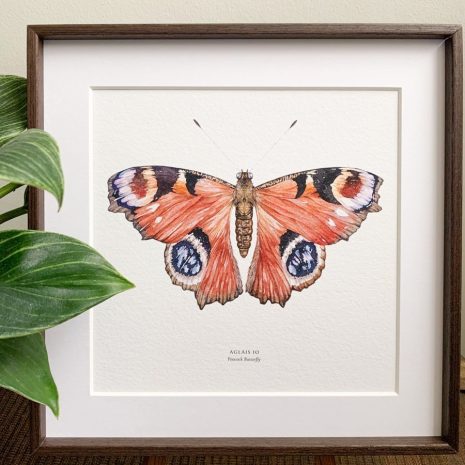 The Aglais Io is a petite butterfly, with a wingspan of 50 to 70mm. It’s a relatively common butterfly which can be found in woods, meadows, pastures, parks, fields and gardens. Their wings are a beautiful rusty red, with four distinctive coloured eyespot. These eyespots (or oculus) aren’t just ornamental. Scientists have speculated that they are actually an anti-predation mechanism which has evolved to mimic the eyes of predatory animals. If a hibernating Peacock butterfly is attacked, it will open its wings and flash its eyespots and ‘hiss’ by rubbing its wings together in a threat display. This dance has been shown to deter birds the size of chickens, and will occasionally even start panicked alarm calling. If that tactic doesn’t work though, the Aglais io can always resort to camouflage by closing their wings to show their dull, leaf-like underside.

The original Peacock Butterfly artwork was painted in watercolour in 2019, and is the same size as the limited edition midi print.